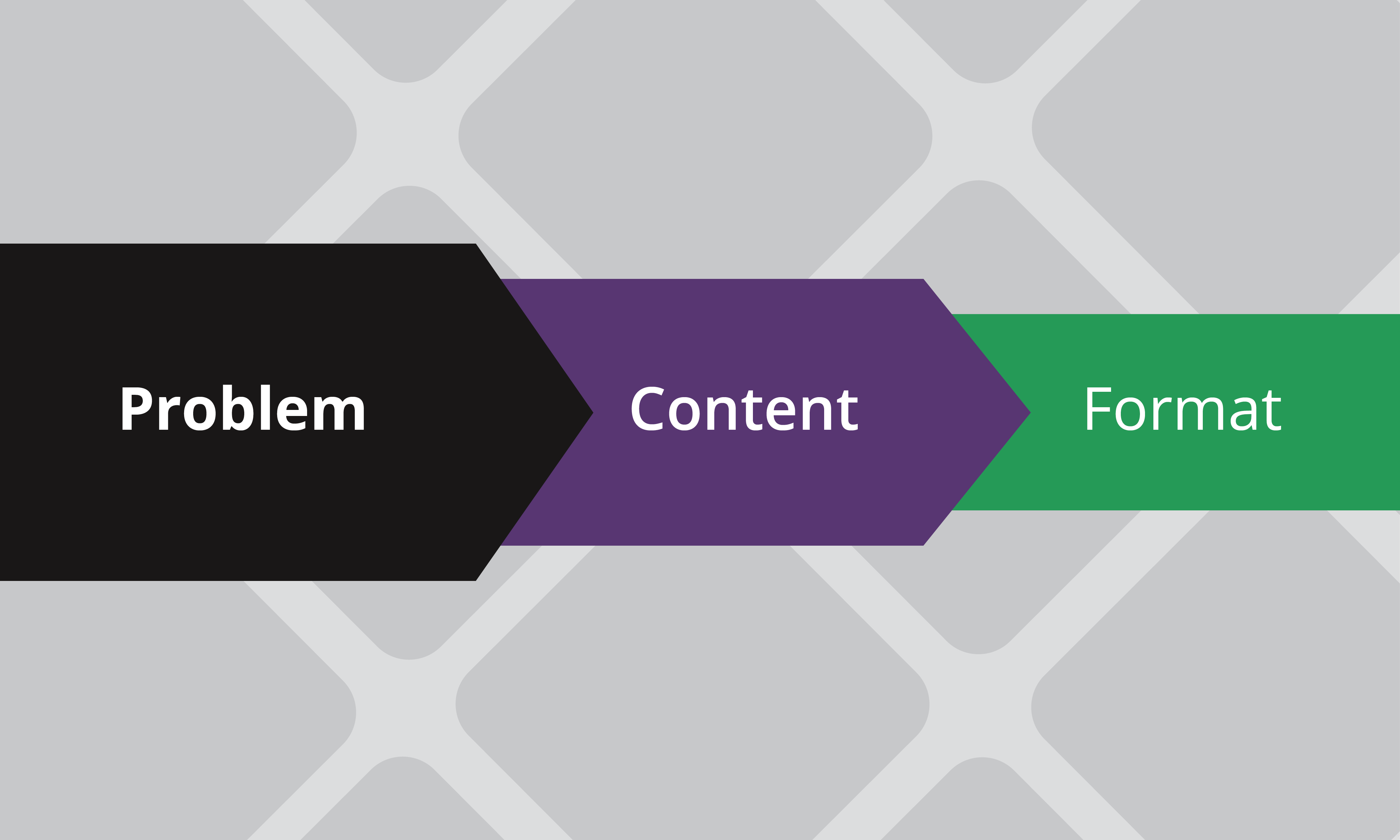 Does your compliance training solve a real problem?

If you stopped doing compliance training tomorrow, would anything change at your company?

That is, would your employees act any differently?

That question determines whether your training solves a real problem—or if you're just doing it for the sake of doing it.

That distinction matters. Because if you're doing it just for the sake of doing it, you're checking a box.

And that's the case even if you're bombarding employees with hours of training that cost millions of dollars and took tons of effort, because "checking a box" doesn't mean putting in minimum effort; it means doing something just to be able to say you did it.

If you're wondering "what's wrong with checking a box," the answer is pretty simple: if you're going to do it either way, it might as well work.

And that's especially true in compliance, where training fads have gotten so out of control that it's probably going to be way cheaper to do stuff that works—because just thinking about it that way will likely  show you that don't need to check as many boxes as you think.

Here's what I mean.

Basically, all compliance guidance should be solving a problem. For all training, you should be able to say “if this guidance does its job, here’s what will be different.”

And more to the point, you should be able to say this:

“If this guidance does its job, here’s the specific way employees will be more compliant—that is, here’s what they’ll do differently.”

That additional level of specificity helps you make sure that the problem you are solving is risk reduction, not simply tackling a nebulous concept like “engagement” or “retention” or—worst of all—“culture.”

Now, of course those things are important. But they mean nothing in the abstract; vendors can sell you all kinds of silly things by saying they will help some vague concept of engagement or culture.

To make real progress, you have to get specific as to what is going on and what you are trying to change, and then you can tackle those things. You have to be able to say “here is what happening, here’s what we are going to do, and—if it works—here’s how things will be different.”

THAT is how you use compliance training to make real cultural change: by identifying problems with specific beliefs and behaviors and addressing them.

You cannot just do a bunch of top-down things for “compliance culture” because "compliance culture" means nothing in the abstract; you have to take a bottoms-up approach to solving a lot of little problems, because that’s what culture actually is.

Getting this right it is the single biggest thing you can do to make sure you’re creating meaningful compliance guidance that will impact your culture—as opposed to giving your employees well-produced, slick, top-down fluff.

The reason it’s so hard to stay focused on problems is pretty simple: we’re all humans, and humans love shiny things.

It is a constant fight to stay focused on your business problems instead of the latest tech or media fad in training because shiny things are …well, shiny.

And so that’s why it’s so common to focus on media and formats instead of problems, to say “we should have a video!” or “we need some stuff you can click on!” and then work from there, realizing late in the game—if ever—that you’re not really sure why creating that training even mattered in the first place.

That is, it’s common because it’s human nature.

Here’s a personal example: I was recently meeting with our senior team on some new marketing initiatives and I started talking about all of the new marketing formats I wanted to use. We have access to a lot of equipment and tech and I was getting excited about it—until I started mapping it out on our whiteboard and realized I was getting excited about formats and media channels without first stopping to ask what we were really trying to accomplish.

We had to start over, and the meeting took a lot longer.

But now we also have a real strategy.

That’s how easy it is to get distracted: I present and write on this, and it happens to me pretty frequently. It's just human nature.

How to fight it.

(Not easy; simple. There's a difference.)

Here it is: whenever someone says “we should have [some media format] for our training!” ASK WHY.

That is, you start with a well-defined problem—that's being able to say  “people are doing (or could do) this, and we need them to do that instead.”

Then, with a clear vision of what you are trying to accomplish, you can  create content that will solve the problem. This is the substantive guidance that you need to give; you are saying "here's what we need to tell people to do."

And then, once you have your content, you pick the format that makes the most sense for that specific type of content; you are saying "here's how we are going to tell people this."

This order is important because formats are tools. And so, this makes sure you are picking a tool that makes sense for your specific problem and not just because it looks cool and you have budget.

Of course, when you follow this approach, it may turn out that you actually do need an augmented reality mobile app with Smell-o-Vision to solve a problem. But you also might realize you can accomplish the same thing with an email or pop-up.

Thinking this way is how you get there.

Settle in for the long haul.

Most likely, after you read this, you’re probably going to say “that makes sense! We should definitely do this!"

And then you will immediately catch yourself going back to thinking about formats and fads. You'll worry the fact that your company's compliance app doesn't have lasers, because someone at a conference just told you that lasers are the new best practice.

This isn’t something you’ll hear once and fix; Shiny Thing Syndrome is an incurable disease, but a manageable one.

You can’t get rid of it, but you can fight it. And if you can learn to fight it and win more often than not, you’ll find that you get massively more effective in everything you do.

Because fundamentally, compliance is about fixing problems—but you cannot fix problems without identifying and staying focused on them.

Want more practical guidance on how to think about compliance training? Read our in-depth interview with the DOJ's former in-house compliance expert. 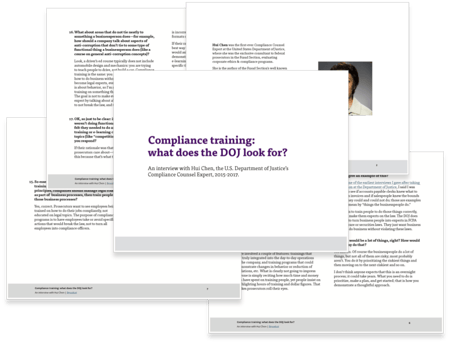 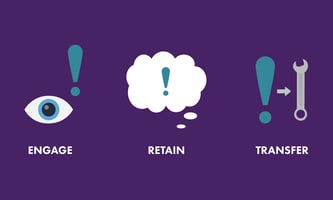 No, you don't have an engagement problem.

You do not have an engagement problem with your compliance training. 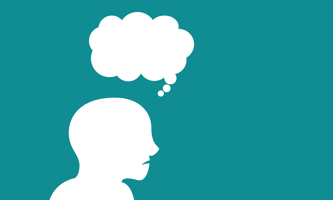 A simple reason why no one remembers your compliance training.

If you’ve been following us, you know that we think employees should not have to memorize... 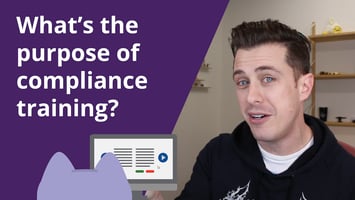 What's the purpose of compliance training?

"YOU CAN'T ADVANCE YET. CLICK ON ALL THE KNOWLEDGE POINTS TO CONTINUE!" droned the training...